With 191 entries from 16 countries with 118 international players started the first edition of golf tournament Cape Kaliakra Open on the 3 beautiful golf courses at the Black Sea coast in Bulgaria.

The Romanians Christian Tardea and Vernel Craciunesku finished the three competitive rounds with the same number of points and after a playoff at the 18th and the 1st holes Tardea won the first place in Division B. Third in the same division ranked Nikolay Nankov. Petar Stratiev won the first place in Division A with 117 points. The second place was for the 13-year-old Dimitar Savov with 116 points and the third place – for Fabio Furnari with 110 points.

Among the ladies, the 11-year-old Rivekka Nadilkhan kept the leading position during all three rounds and took the first place with a total of 117 points, followed by Katalina Jigman with 114 points and Seung Rae Kim with 110 points. 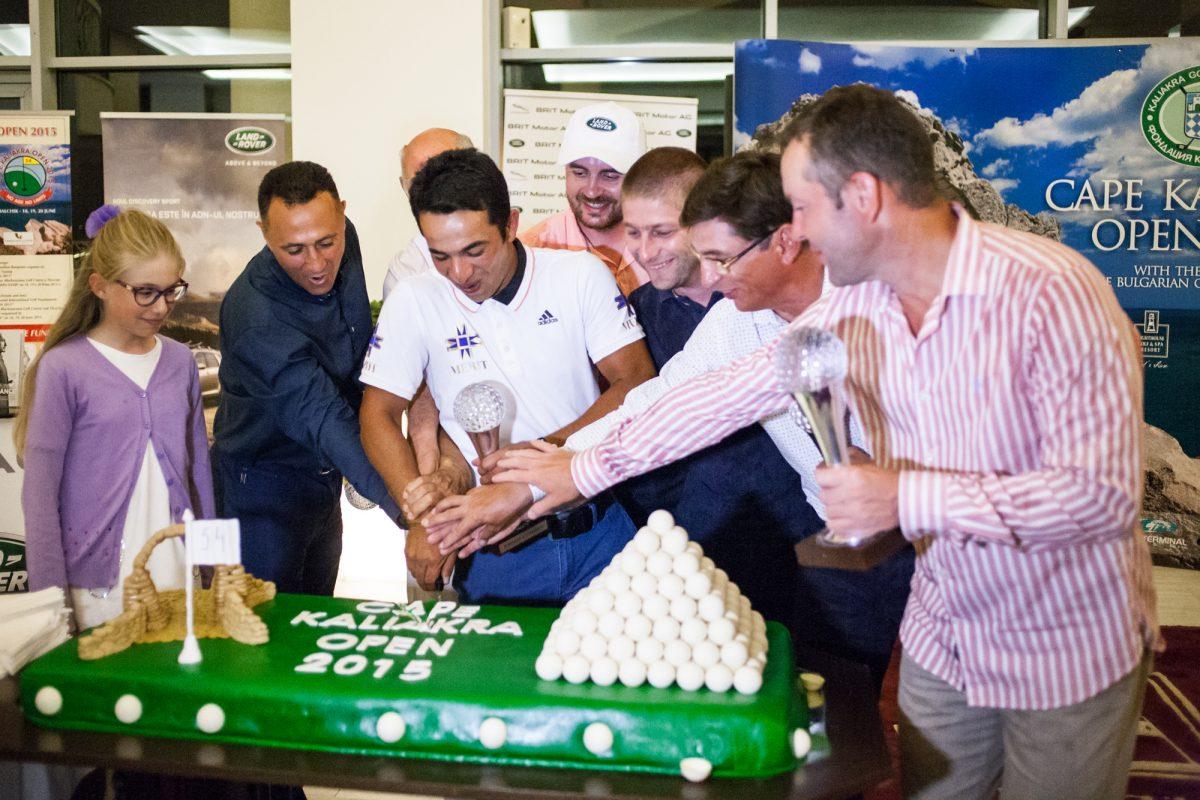 The second international golf tournament Cape Kaliakra Open 2015 was organized on the 3 golf courses at Cape Kaliakra between 17th and 19th June 2015. Representatives of 16 countries fought for the 3 best places on three golf courses in three-round championship.

The winners in the divisions:

On 2nd place in the 3 divisions were:

The forth tournament was held on “LightHouse Golf & Spa Resort”, “BlackSeaRama” and “Thracian Clifs” on June 16, 17, 18 and 19, 2016. The interest for this golf tournament is growing every year and in 2016 representatives of 23 countries participated. For his 70th Anniversary the founder of “Kaliakra Golf” the professor S. Sardarov established a transitional cup “S. Sardarov’s Cup”, which will be played out between Balkan team and International team every year. The competition was held for first time within the tournament “CAPE KALIAKRA OPEN 2016. 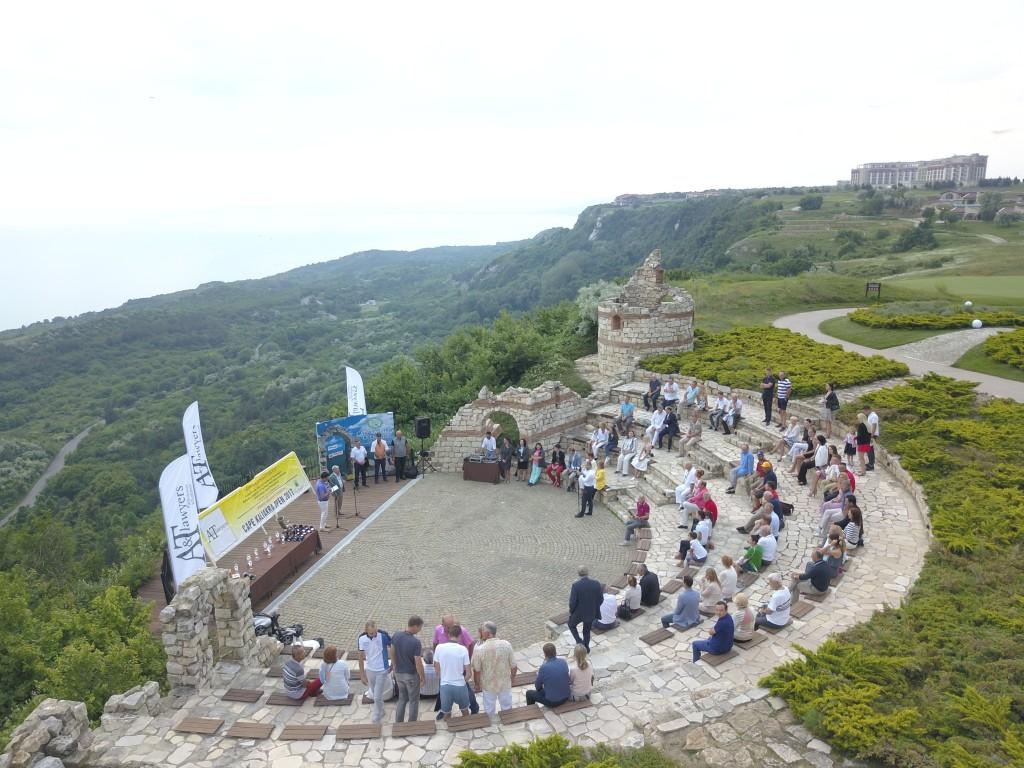 In the largest Division – B Todor Chakov from Bulgaria and Kenneth Burke finished the second round with the same amount of points – 92. But Todor did the better result of the third round and he was announced winner of B Division. Belov Konstantin was on the 3rd place with 91 points.

Nearly 120 players from 15 countries participated in the fifth anniversary edition of the tournament from 21 to 24 June 2018. They were divided into three divisions according to the handicap and competed in three rounds of 18 holes. The game format for the best golfers in Division A was a stroke play (it involves counting the total number of strokes taken on each hole), and in the other two divisions – individual Stableford (it involves scoring points based on the number of strokes taken at each hole).

After the first and second rounds in Division A Stephan Ebner confidently led with 11 strokes, followed by Darius Podobea and Plamen Mitsanski. The last third round was held at the toughest of the three courses – Thracian Cliffs, where Ivaylo Bozhkov joined the three leaders‘ flight. After extremely challenged 18 holes, there were serious changes in the top of the rankings. Thus, after the three rounds, the first three places were taken by Darius Podobea with a score of 226, Ivaylo Bozhkov with 231 and Stefan Ebner with 232.

In Division B, before the final third round, Veselin Velev was leading with 71 points, followed by Cristian Tardea with 69 and Yuriy Freidinov with 65. The final round was played at BlackSeaRama Golf Course, where the wind made it hard for the participants and led to rearrange the ranking in the division. The winner was Todor Kostov (who was sixth to the moment) with 97 points, followed by Simeon Denkov with 96, who achieved the incredible 40 points in the last round. Yuriy Freidinov managed to keep the third position playing the last round better than Veselin Velev.

For players with the highest Handicap from Divisions C, the top three went up on the winners podium before the last round. Three ladies won the prizes – Veronica Kalabozova with 95 points, followed by Zhanna Maksimchik with 94 and Daciana Somesfalean with 92.

The fifth edition of the tournament will be remembered by the achievement of the 13-year-old Georgi Krastev, who achieved the Hole-in-one on the emblematic sixth hole of the Thracian Cliffs. Of course, it brought him an award – a special BMW watch and unprecedented joy in everyone’s eyes. Unfortunately, however, it didn’t bring him the big prize – the BMW X2/Hole-in-one on the 14th hole of the Lighthouse.

We are happy to invite you to the 6th edition of Cape Kaliakra Open Golf tournament that will be held from 12th to 16th June 2019. We kindly invite all enthusiast golfers from Bulgaria and all over Europe to join us during beautiful June in Lighthouse and experience 3 exiting days of golf, sunshine and celebrations. Taking place on the 3 golf courses in Cape Kaliakra Golf Destination the golf tournament will be one of the most important golf event in Bulgaria.

We will be delighted to welcome all guests at Lighthouse Golf and Spa Hotel.

Interest in the CAPE KALIAKRA OPEN tournament deepens every year. The first five editions of the tournament in 2014, 2015, 2016, 2017 and 2018 were attended by representatives from over twenty countries. The format of the competition allows participants with different skills to show their best and compete for prestigious awards.