Bulgaria is a land of beautiful scenery and ancient culture that attracts a large number of travellers. The relief offers a great variety-sea, mountains, rivers and lakes, valleys, waterfalls, caves, monasteries, ancient and modern architecture. Bulgaria is the oldest country in Europe that preserved its name since its establishment in 681 AD.

Bulgaria is a spiritual crossroads between Europe, Asia and Africa, cultures and civilizations that have shaped important historical events. They call Bulgaria the country of the oil-bearing rose, the Slavic alphabet, the unequalled musical traditions, the unique yoghurt, famous artists and 10 UNESCO cultural and natural sites.

The Belogradchik Cliffs is the most popular natural phenomenon in Bulgaria. In 2007, the site was nominated in a competition to select the New Seven Wonders of the World. Visitors can marvel at the breathtaking scenery from the Belogradchik Fortress.

Since 1903, every first weekend of June, the Annual Rose Festival is held in the city of Kazanlak. Three main events are worth a visit – early morning harvesting ritual in the rose fields, the electing of Queen Rose and the parade along the streets of each town.

Although perhaps not widely known as a key wine region of the world, wine production has over a thousand year long tradition in Bulgaria.The country is a proud producer of fine quality wines, some of which are made from unique sorts of vine, such as Mavrud and Dimyat,impressing wine connoisseurs worldwide.

Bulgarian people are warm, hospitable and friendly. They welcome guests in their homes with traditional homemade dishes and offer them Bulgarian wines and rakia. In every region locals conserve customs and traditions such as Nestinarstvo - the ritual fire dancing on live coals, which has both Christian and pagan elements.

Did you know that the first computer in the world was created by a Bulgarian? In 1937 – 1942 John Atanasoff, a scientist of Bulgarian origin, together with Clifford Berry, an American inventor, designed and developed the first digital electronic computer. 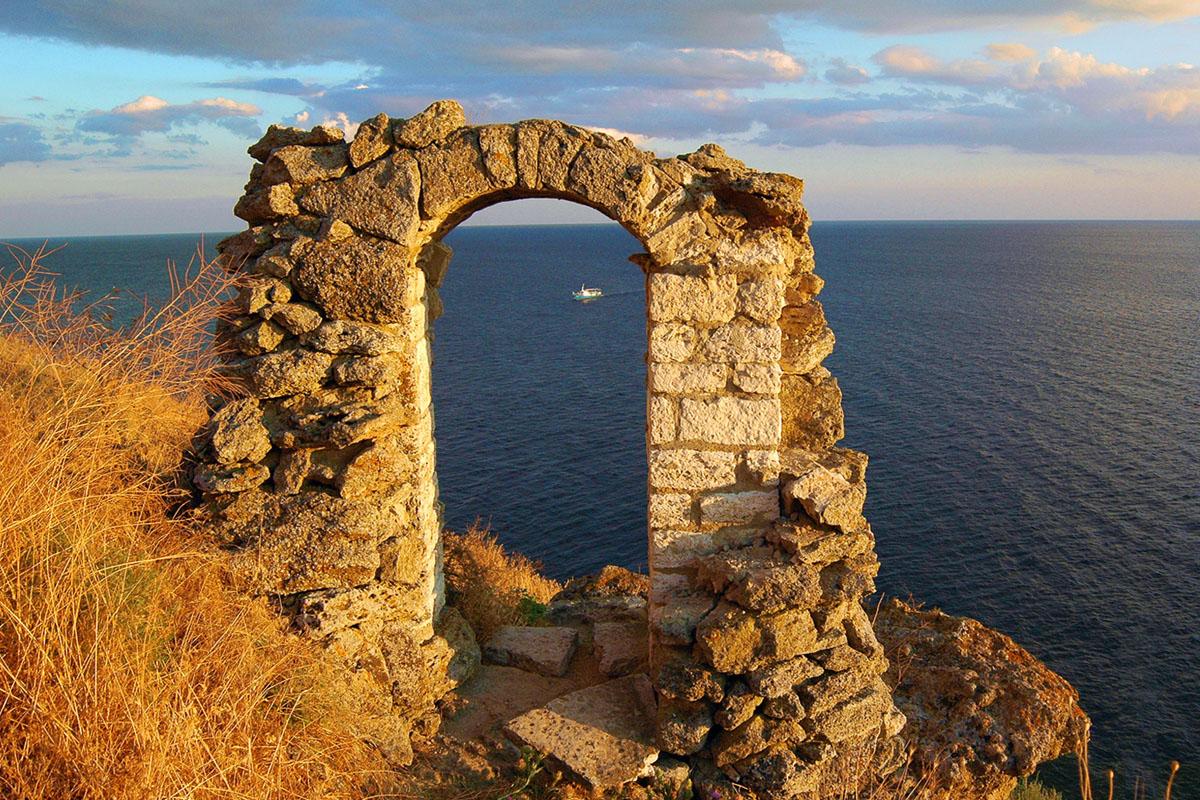 At Cape Kaliakra, Bulgaria you have the chance to play golf in three of the finest signature golf courses in Europe!

The three courses Lighthouse Golf Course Black Sea Rama and Thracian Cliffs are located in a 6 km radius from each other and all three off them offer amazing views of the Black Sea and great design.

The spectacular award-winning Thracian Cliffs Golf & Beach Resort is the pearl of the signature golf destination Cape Kaliakra in Bulgaria. In 2014 the Resort was announced “The Best Golf Resort in Europe”. The 18-hole Gary Player Signature designed Championship golf course dominates the resort, hugging the cliff tops for 4.5 km of rugged terrain above the sea, offering stunning sea view from every hole. Recognized as one of the most visually outstanding courses on Earth, Thracian Cliffs is masterfully sculptured hole by hole to fit perfectly into the cliffs and in the Black Knight’s own words: “This is the most beautiful golf course I’ve ever seen in the world”.

Thracian Cliffs is the only golf resort with two exclusive beaches, water attractions and picturesque restaurants and beach bars. The guests can relax in a natural and cozy atmosphere, surrounded by the pristine wild nature. The luxurious and spacious suites with breathtaking sea views are perfect for golf, beach or spa holiday. Thracian Cliffs dining scene encompasses the infinity Geti terrace restaurant, Bendida and Argata Beach Restaurants, all-day dining Club House, Olivo Restaurant and Starter house. Besides the golf there are plenty of sport and entertainment activities like Game Bar, Piano Bar, Tennis Court, infinity swimming pools, catamaran sailing, jet ski and variety of local tours by speedboats or a car.

Lighthouse Golf Course is designed by the famous ex-Ryder Cup Captain - Ian Woosnam. The championship golf course is of a “links” design. Contributing to the stunning scenery are the outstanding natural landscapes around which Ian Woosnam has created a brilliant selection of holes. The golf course offers an exciting challenge to both professional players and amateurs alike. All of whom are most welcome to test their skills.

As of 2016, Lighthouse Golf & SPA Resort is a proud member of PGA European Tour Destinations, a collection of the finest Golf venues in the world ( the 18th Member of European Tour properties).

From 6 th September to 9 th September, 2018, the Lighthouse Golf & Spa Resort hosted a professional European Tour Senior Classic. Lighthouse Golf & Spa Resort welcomed golf professionals from all over the world at the age of 50 and over, led by world-renowned Ian Woosnam. The tournament was the only one of its kind in the world and culminated in the celebration of the 10th anniversary of the golf course, opened in September 2008. The winners were Magnus Atlevi (Sweden), Stephen Dodd (UK) and James Kingston (RSA).

From a height of 200 meters experience the magnificent and extremely diverse Black Sea vista which stretches from Cape Kaliakra to Cape Galata. This is Black Sea Rama. An 18-hole championship golf course, par of 72 and a length of 6648 meters. Not just the first Gary Player signature golf course in Bulgaria, but in fact, the first project to be completed by the Major Championship winning golfer in Eastern Europe.